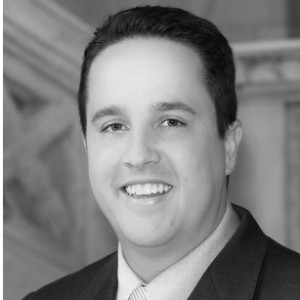 Marmik Oil is pleased to announce that John B. Eddy has joined the company to serve as its Vice President of Operations.

In his new role, Eddy will oversee the day-to-day operations of the entire company including managing existing oil & gas wells, legacy assets and the strategic development of future exploration. A former Bush Administration official, Eddy comes to Marmik with more than a decade of senior level management experience in the public, private and political sectors.

He is replacing veteran Marmik executive John McFarland, who is retiring after four decades of service to the company.

“John Eddy is a dynamic and forward-thinking leader with a record of managing high-profile and complex business environments. As we plan for an exciting future of change and expansion here at Marmik, we are fortunate to have John’s perspective, passion and expertise.”
Wade MurphyExecutive Vice President

In addition to the responsibilities outlined above, Eddy will manage Marmik’s strategic planning and infrastructure development process by leading the company’s acquisition, land, finance and geology departments in its Denver, CO and El Dorado, AR offices.

“I am thrilled to be part of the Marmik team. This company has a long history of bringing innovative solutions to businesses, communities and individuals that meet their energy needs with greater efficiency while respecting the natural environment. I look forward to advancing those values and that important mission.”
John EddyVice President of Operations

A native of Arizona, Eddy most recently served as a Partner at Meridian, a national public affairs firm. While at Meridian, he managed all aspects of integrated media and public relations campaigns for non-profit, corporate, and political clients including Ford, Exxon, Wal-Mart, the American Petroleum Institute, and Members of Congress. Prior to Meridian, he was Managing Director of Concord Capital.

Eddy served as a political appointee in the Presidential Administration of George W. Bush where he was the Deputy White House Liaison for the Department of Justice. He also directed the Republican National Committee’s National Victory Program from 2005-2007 where he supervised the deployment of more than $130 million in funds. John is married to El Dorado native Tracy Jucas Eddy, who currently works in US Senator John Boozman’s El Dorado office.

Read more
Theme Exception
No sidebar defined or selected for this page/post. Please go to theme general options and create sidebar - section Osaka > General > Sidebars. Then go to (WordPress) Appearance > Widget section - here you can add some widget to created sidebar. Set default sidebar in theme general options or assign invidual sidebar to given page or post in Custom Page/Post Settings. More about using sidebars and widgets you will find also in PDF User Guide.dc_theme